What is it about a life of crime that fascinates us? Find out from some of history’s most infamous events and notorious criminals.

Reptilian aliens. A con-man. An innocent girl. What sounds like would be an amazing science-fiction story turns out to be a true case of murder. Girly Chew Hossencoft, 36, disappeared on September 10, 1999. Her body was never found.

The bloodiest day in Prohibition history...and no one was ever taken to trial for it...

Arriving home one night from a session at a recording studio, John Lennon was gunned down in cold blood. The world has been mourning his death since December 8, 1980. Here’s what happened.

One of the most romanticized robberies in Great Britain occurred on August 8, 1963. Fifteen men successfully robbed a train that traveled between Glasgow, Scotland and London England. They almost got away with it. Sort of...

Robert Benjamin Smith just wanted to make a name for himself. Following in the footsteps of his new “heroes,” he did just that on November 13, 1966, when he shot and killed five women, including a 3-year old-child, at the Rose-Mar College of Beauty in Mesa, Arizona.

The University of Texas Massacre

It was August 1, 1966, when ex-Marine and former Eagle Scout Charles Whitman climbed up to the observation deck of a tower at the University of Texas and began shooting people down below him. 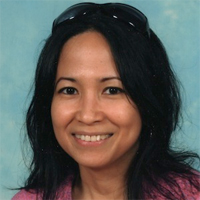