This is an introduction to the many "Chinatowns" in California. These areas are important for far more reasons than just restaurants! A visit to any one will immerse the traveler into California's multicultural history.

While other states have played important roles in the development of aerospace, much of the intellectual basis of the industry has arisen from the minds of Californians. Here are five important names to recall.

The park isn't named after the director! Here's a short history of how Los Angeles received one of the largest city public recreation areas in the United States.

Who is responsible for the rise of the California movie industry? Thomas Edison….. of course! Well, also World War I, immigrants from around the world, and abundant sunshine.

Nicknamed the “Scotch paisano”, Hugo Reid was an early Californian immigrant and one of the first champions of the multi-cultural nature of the state.

Denim was invented in France, but blue jeans are uniquely Californian.

A visit to the Los Angeles Farmers Market provides both history and sustenance to the traveler.

The backbone of historical sites in the state, the mission system is a treat for the traveler.

One of the most famous pioneer tragedies, the Donner Party's sad story is a California legend.

The Legend of the San Nicholas Island Woman

The story of Juana Maria, the Native American woman who inspired the children's classic Island of the Blue Dolphins, is a fascinating tale - and entirely true. 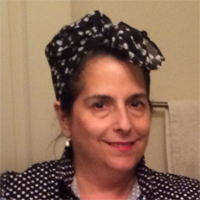 Questions, comments, or discussions about California history, culture, and tourism

A New Form of Travel